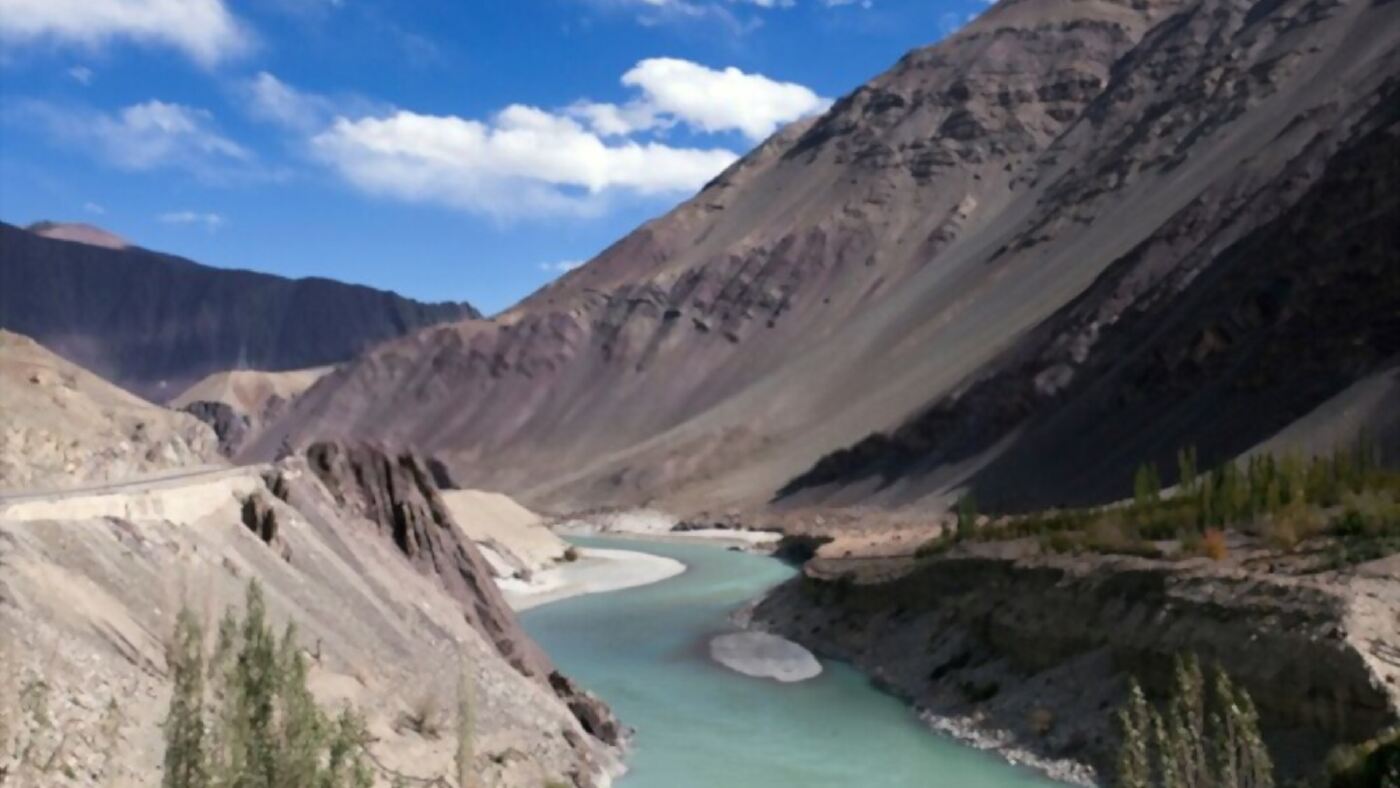 Druk Path Trek is a breathtaking high-altitude trek in Bhutan’s remote alpine regions. The Druk Path is shorter and easier than other treks.

It is a popular walk with a suggested route and duration for experienced hikers who need plenty of time to explore the surroundings. It is regarded as one of the most unique and diverse locations where hikers can experience the Last Shangri-La on Earth.

Trekking in Bhutan allows hikers to travel through a beautiful region surrounded by lush green trees with spectacular views of snow-capped peaks beyond.

But How difficult is the Druk Path Trek? Was it straightforward or challenging? To learn more, keep reading.

1. Hike along one of Bhutan’s oldest trails to experience breathtaking scenery and mountain views.

3. Discover the important cultural landmarks in Thimphu and the Paro Valley.

5. a chance to get a close-up look at Bhutanese culture.

Along the way, you’ll pass gorgeous pine trees, diverse rhododendron plants, lush alpine rainforests, and mesmerizing lakes. The walk is punctuated by breathtaking views of valleys, lakes, snow-capped Himalayan mountains, and mountains covered in greenery. A few Himalayan ranges, including the Gangkar Phuensum and Mount Jhomolhari, would also be visible.

Due to the short distances between rest stops, the Trek is very easy to complete. At elevations ranging from 2400 to 4200 meters, the path meanders through forests of fir, blue pine, and dwarf rhododendron.

Low-altitude walks are the best way to spend the winter in Bhutan from November to early March because the weather is milder than in the north and the rains are more frequent. Except for the summer, when monsoon rains can make the trails muddy and hazardous, low-altitude hikes can be completed throughout the year.

Even though it only lasts from the middle of October to the middle of December, autumn is a fascinating season for trekking. Since there are so few clouds in the sky and it is still reasonably warm in the higher Himalayas, this is the most popular time of year for hiking in Bhutan.

And while spring is still not the best time for high-altitude trekking, it is perfect for low-altitude climbs in the north-central and southern regions of Bhutan. From March to May, when temperatures are lower than in the summer, the weather is perfect for hiking along the winding paths that wind through all of central Bhutan’s slopes and valleys.

Given that the Trek is one of Bhutan’s shorter treks, the costs are affordable when compared to some of the longer and more challenging treks.

What to Expect on the Trek?

Trek’s footpath links the two largest cities in Bhutan, Paro, and Thimphu. People used this route to travel between these two cities before the construction of roads and the introduction of motor vehicles in Bhutan. Many traders and pilgrims traveled this route, which was one of the main ones leading to Tibet.

The trail winds through peaceful lakes and lush alpine forests. Depending on the route you take, there are a lot of climbs, descents, ridge walks, and mountain pass crossings along the way.

For a short distance, you had to walk for four to five hours every day. Those with strong legs could travel there in less than three hours. You had plenty of time to take in the scenery and our surroundings because of the short distance you had to travel.

Each day when you arrived at the campsite, you would sit outside to observe the Himalayan mountains as the sunset. You were fortunate to travel during a period of good weather.

Which Season Is Best for Trekking?

Trek can be done at any time of year, except for the monsoon months (May to September) and mid-winter (end of December, January, and February). Spring and autumn are popular trekking seasons because of the favorable weather conditions-warm days and clear skies. However, because Bhutan is known as the “Land of the Thunder Dragon,” storms and clouds can be expected even during peak spring and autumn tourist seasons.

Regardless of the season, try to include items that will save you from inclement weather in your packing and packing list for your trip – waterproof gear, waterproof hiking boots with good traction (which will help you get a good grip when the trail becomes slippery and muddy), crampons (if you are planning a winter trek), and enough warm layers.

How difficult is the Trek?

The Trek is a moderate to easy trek.

Because the distances between the camps are short, this trek is suitable for beginners. The trail wind blows through fir, blue pine, and dwarf rhododendron forests at the modified version from 2400 to 4200 meters.

How Long Does the Trek Take?

The trek, which is rated moderate in difficulty, covers approximately 54 kilometers. The path winds through dense forests of blue pine, rhododendron, cedar, and fir, as well as alpine grasslands and mountain lakes. En route, the trail winds through several mountain passes and ridges.

What is the climate and temperature like on the Trek?

The spring months of March through May are among the warmest of the year, with daytime highs of around 12 degrees in March and highs of up to 17 degrees in May, and no nighttime lows below freezing.

Similar to spring, autumn has daytime highs that range from 17 degrees in September to 12 degrees in November and similar nighttime lows. There is hardly any rain, and the sky is clear and bright, providing fantastic views of the mountains.

The summer is a little different, with some light clouds and daytime highs of 18 to 20 degrees, and nighttime lows of 10 to 12 degrees. Although most of the rain falls in the evenings, July and August can be a little rainy and some days can be completely submerged in water.

Winter is a different story, with daytime highs of 7 to 10 degrees and daily lows of -4 to -6 degrees. Trekking is still possible despite the cold because there is little to no rain. The likelihood of snowfall blocking the pass or causing snow storms, which can halt all hiking for several days, is higher.

Why Should You Go On The Trek?

There is no better walking trail in Bhutan for those who are trekking for the first time than the Druk Path trail. The Druk Path Trek introduces you to Bhutan’s stunning landscape without overwhelming you with physically demanding hikes. You can get a feel for the trail and practice camping before embarking on a much more difficult and demanding trek (Snowman Trek or the Laya Gasa Trek).

Along with the short trek, most Druk Path trekking itineraries include cultural tours to Paro and Thimphu. By choosing this trek, you will be able to experience Bhutan’s rich cultural heritage as well as high-altitude trekking.

Bhutan’s government has already opened the country to tourists as of September 2022. The country closed its borders at the end of March 2019, after the Covid-19 pandemic sparked global concern. Bhutan is now welcoming visitors from all over the world, thanks to some new rules. Bhutan is regarded as one of the top sustainable tourism destinations of an enriching and unforgettable experience.

A visit to this tiny Himalayan kingdom will not only introduce you to one of the planet’s last pristine corners but will also demonstrate how a conducive and harmonious existence with nature and the environment is possible with the combined effort of the government and the citizens. Bhutan has a lot to teach us in this day and age of rapid climate change.

So, are you planning a trip to Bhutan?

The government of Bhutan has approved and rated hotels in Bhutan as grades A, B, and C. These hotels have received government approval and are comparable to 3–4 star accommodations elsewhere. We will be accommodated in A-grade hotels in Paro and Thimpu and B-grade hotels in Punakha, Wangdue, and Bumthang, depending on availability at the time of booking. Every lodging is a twin-sharing arrangement. On request, a single supplement will be provided.

During your visit to Bhutan, all meals (breakfast, lunch, and dinner) are provided. Most hotels offer a variety of meals, with Indian, Chinese, and more traditional continental cuisine being the most popular choices. Pork, beef, chicken, and fish are frequently found in Bhutan’s non-vegetarian cuisine. The best recommendation is to ask the hotel and restaurant what is currently in season and fresh.

In Bhutan, credit cards are not a common form of payment because so few hotels do so in so few locations. Only accepts MasterCard and Visa, too. The majority of banks accept US dollars as payment and are the most practical currency.

Tap water shouldn’t be consumed at all, but it’s fine to use it to brush your teeth. The best drinking water is bottled water, which is widely accessible. When trekking in Bhutan’s remote regions, it is also a good idea to bring water purification tablets.

The Ngultrum, the local currency, is linked to the Indian Rupee. Note: Bhutan no longer accepts Indian Rupees in the denominations of 500 and 1000.

Smoking is largely forbidden in public places because Bhutan is the only nation in the world to have outlawed the use and sale of tobacco. Nevertheless, Bhutan does not entirely forbid consumption, so if you wish to smoke, bring your own cigarettes and ask your guide where you can do so. (Seal only opened pack)

Tuesdays are regarded as the country’s “dry day,” when alcohol sales are not permitted.

Ask your guide if it is okay to take pictures or film inside Dzongs, monasteries, temples, or other places of worship as some locations do not permit it.

Bhutan, nestled in the Himalayas, has several scenic hikes to offer trekkers. The trek, which follows the historic high-level road connecting Paro and Thimpu, is a good short walk that skirts around numerous sheltered lakes and provides spectacular views of the Eastern Himalayas.

You warm up for the trek by walking up to Bhutan’s most famous cultural monument, the towering Taktsang Monastery, also known as the Tiger’s Nest.

The Druk Path Trek in Bhutan, which begins in Paro and ends in Thimphu, is the most popular of all Bhutan treks. The trail climbs to elevations above 4,000 meters, but the distances between the camps are short.

This journey will take you through dense alpine rainforests, beautiful pine trees, a variety of rhododendron plants, and stunning lakes. Spectacular vistas of valleys, lakes, green Himalayan mountains, and snow-capped Himalayan mountains are the order of the day throughout the walk. You will also see some Himalayan ranges, including Gangkar Phuensum and Mount Jhomolhari. Sunsets and sunrises from the top of the mountain are breathtaking and hypnotic. 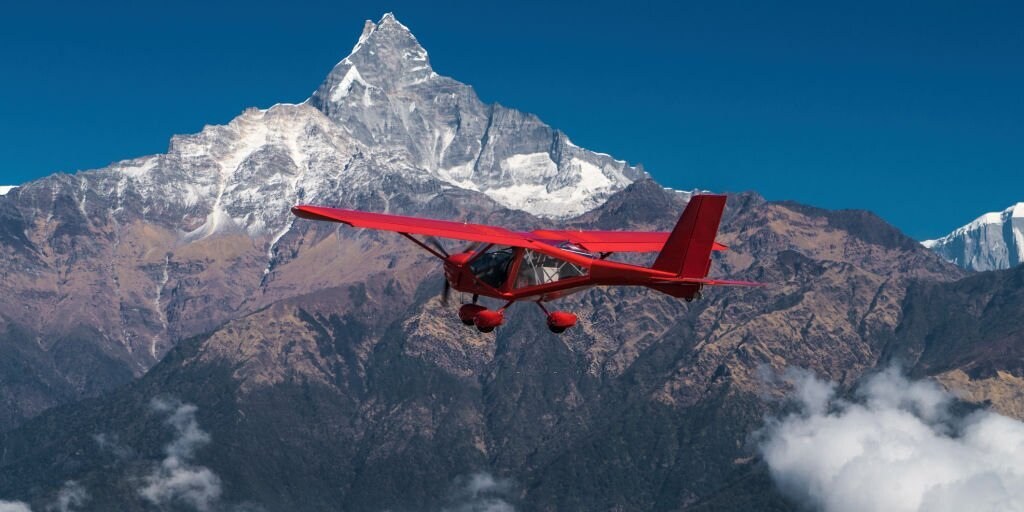 Annapurna Circuit Trek Guide intends to provide you with one of the most complete schedules and information possible to help you understand, visualize, and plan your Annapurna Circuit. We will give you information on the ideal time of year to visit, the best routes to take, the costs to expect, as well as a number […] 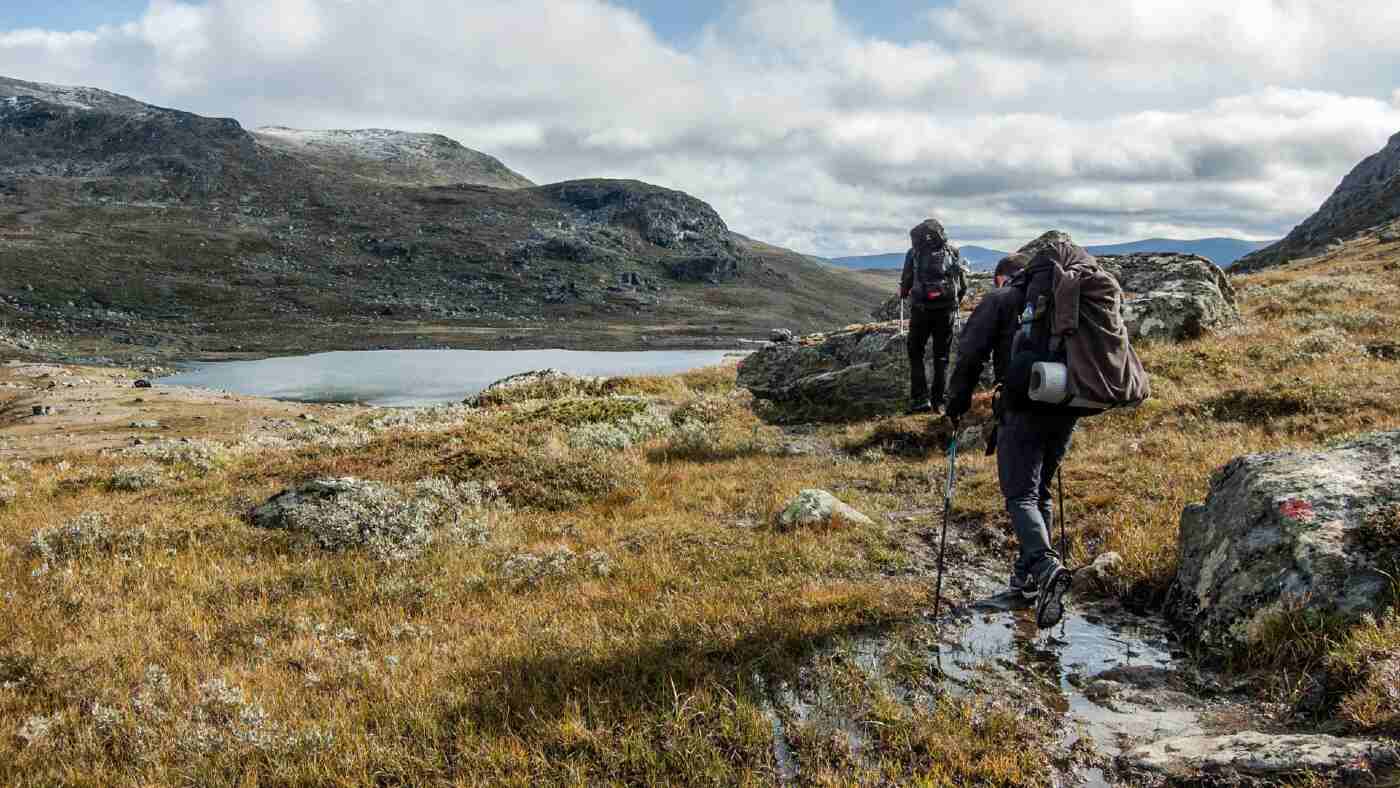 Langtang Trek Difficulty is the major topic and issue that we would want to present to all of our visitors and trekkers from all around the world. It is a moderate trek that doesn’t require any previous experience. The trekking route has a mix of up and downhill paths with some high sections. The Langtang […]