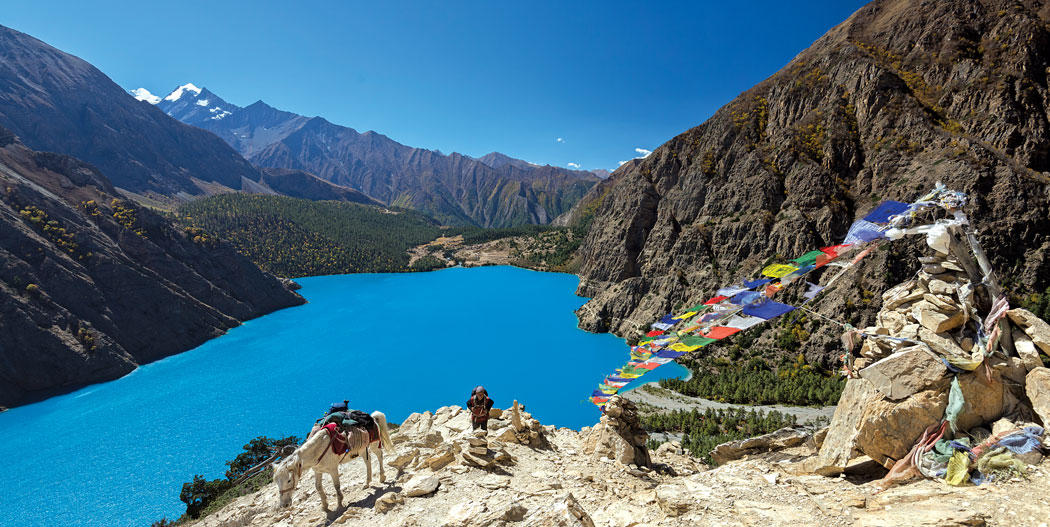 Untouched by modern society and influences, Dolpo region is famed for its indigenous inhabitants and, their culture and tradition. The region is located in western Nepal surrounded by Dhaulagiri range to the southern and eastern sides, and the Sisne and Kanjirowa mountains to the west. On the northern side, it touches Tibet, with which it also shares a large proportion of its cultural heritage. The region is home to the largest national park of the country, the Shey Phoksundo National Park and bears cultural heritage in staggering amount. Dolpo trekking in Nepal is a famous trekking destination in Nepal.

The human settlement of Dolpo is located at one of the highest altitudes in the world between 3,600 to 4,070 meters above sea level. Here, you can still witness the traditional barter system in Dolpo that dates back to centuries. Locals use yak caravans to travel through the long and difficult terrain to exchange goods for their livelihood. As Dolpo has close proximity with Tibet, the locals are mostly of Tibetan origin. Most Dolpalis continue to follow Tibetan Buddhism. The region is riddled with Buddhist monasteries with the locals practicing the same rituals as their northern neighbors. Some of the inhabitants also practice Bon Po religion and Shamanism.

Shey Gompa is one of the most revered monasteries in Dolpo which is located on the foothills of the Crystal Mountain. The monastery holds rich history which reflects the ties of the monastery with Tibet and Tibetan Buddhism. Apart from the religious significance of the monastery, it is also famous for its setting amid the arid barren lands.

Another highlight of Dolpo is the magnificent Phoksundo Lake which is the epitome of natural beauty. The deepest lake in the country, it is bordered by rocky cliffs and deep forests of the Shey Phoksundo National Park. The reflections of the surrounding landscapes off the lake surface offer surreal views inexpressible in words.

Yaks caravan is another interesting activity to see during the Dolpo trekking in Nepal. These yaks are used by the locals for trade and transportation. Yak caravans are the prominent transportation medium of goods as these beings have adapted to the harsh climate and topography of Dolpo. They are even used for seasonal trade expeditions to Tibet.

If one is lucky one might come across a strange caterpillar looking insect during the winters of the Dolpo pastures. It is an insect for half of its life and an herb for the other. These herbs are considered medicinal properties by the local. These herbs/creatures fetch a large sum of money for the locals.

It is suitable to trek when temperatures are modestly pleasant with clear blue sky and has a low chance of snowfall in high altitudes. However, traveling to Dolpo is possible all around the year as the region falls under the rain-shadow of the Dhaulagiri range.

Without a doubt, Dolpo is a land of marvel that reflects the natural and cultural aspects of the region. Although one of the most remote parts of the country, the people still offer smiling faces and warm hospitality. The cultural brilliance of the Dolpo coupled with the natural majesty creates a travel destination that is a must-visit in Nepal. 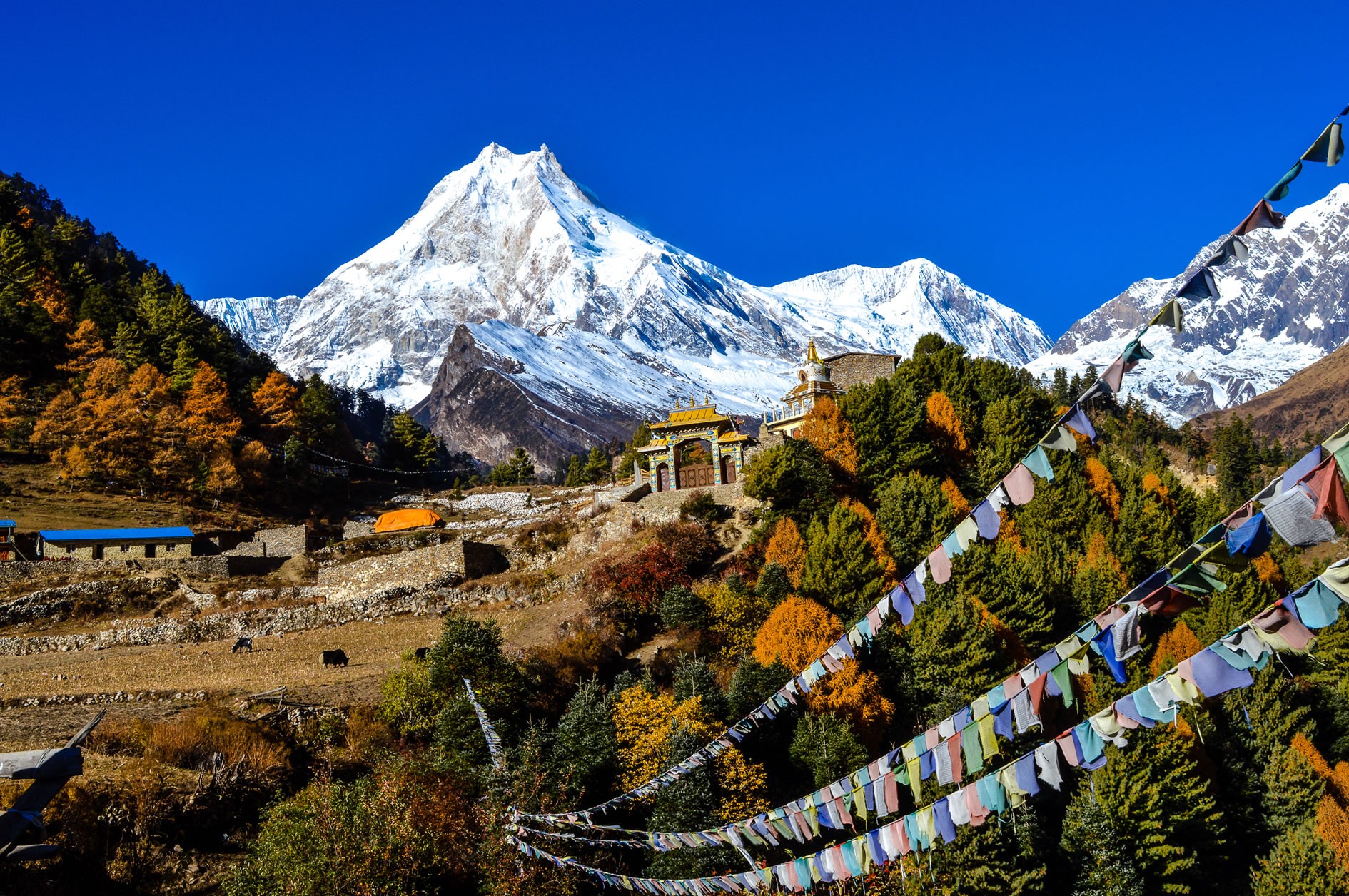 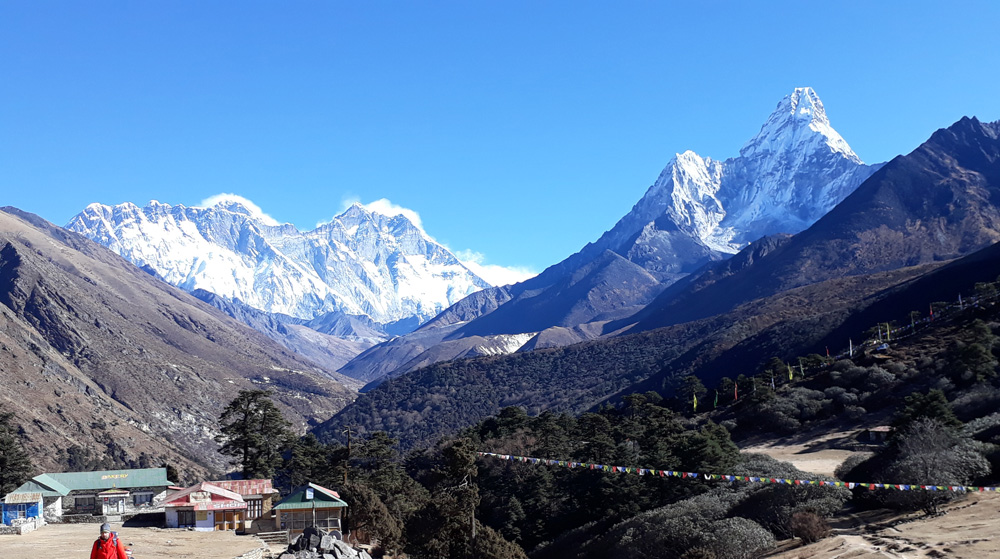 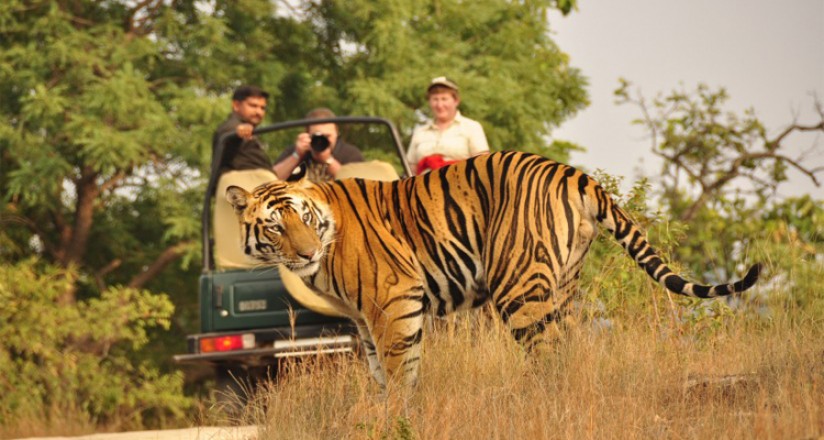